At first glance, my friend Sarah and I couldn’t have more different diets to each other.  So when we found out that the the other had decided to try the high protein, high fat Paleo diet earlier this year for the month of January, we were equally surprised.  Sarah was surprised because she secretly wondered how the heck was I – a vegetarian – going to eat Paleo…and just what would I be eating?  And I was surprised because after 18 years of friendship, I’ve never seen Sarah go a day without eating sugar and dairy.  So, with some delay (I like to think as a period of reflection) we would like to share our stories and thoughts on the experience.

At the beginning of January I sat down with my computer and a hand-drawn calendar and mapped out Paleo meals. And then my family of 5 followed the Paleo diet for one month. It was ambitious. I was hard. It was sometimes complicated. But was it worth it in the end?

As a stay-at-home mother of three boys (with ages ranging from “will eat anything that’s put in front of him” to “won’t eat it if it’s not peanut butter”), I struggle every day to ensure my kids are eating healthy food.  Mostly my approach is pretty basic.  I buy organic, local produce (when I can).  I use whole grains.  And I cook, every day.  But kids are kids.  And although some people have those children who will eat anything, I don’t.  So the idea to cut out whole food groups that my children will eat (pasta, bread, cheese) was something that I didn’t take on lightly.  Would my children starve?

They didn’t of course.  And neither did I.  Because by week three, I was cheating.  Well, I wasn’t cheating.  But the kids were.  Because you can’t tell a five year old that spaghetti squash is pasta (because it’s not).  And the baby, it turns out, really missed yoghurt.

It turns out that there are a lot of good things about the Paleo diet.  We ate a lot of vegetables.  We avoided refined sugars.  I tried baking with alternative flours, and have added some really good new recipes to my files.  We eat locally, sustainably raised meat anyway, so that wasn’t different.  But our meals did become more…protein focused.

But we did miss the foods that we love.  And that was sometimes hard (hence my caving and cooking the boys pasta because they really wanted it).  Like any diet that is quite restrictive, there were times when the diet wasn’t any fun. And at the end of the day, I’m not sure, for example, that legumes or dairy are really all that bad for you.

The intriguing thing about the Paleo Diet is that it seems logical. As humans, we evolved a certain way, to eat certain foods. So it makes sense that these are the foods we should be eating to be healthy.

But healthy eating, for me at least, isn’t about restriction.  It’s about ensuring that I and my family are eating the largest variety of foods possible – including carbs and glutens and legumes when appropriate.  The Paleo diet turned out not to be for me, but the discipline of really being conscious of my food choices was useful in “resetting” my meal planning, and getting me out of the post-holiday sugar-pasta-junk food rut.  Will I try it again?

But with so many food trends out there, maybe next January I’ll try “Vegan before Six.”

Student Nutritionists go through something similar to first year med students – the med students tend to get a bit hypochondriac and nutrition students love to try out all the hype diets.  As a responsible nutritionist, I will someday know that everybody and their body is different and will suit a different diet.  Some people do better with high fat, high protein diets, others favour raw vegan lifestyles.  Others, like macrobiotics, and followers of Weston A Price favour a pretty balanced whole foods diet.  (No one flourishes on a standard diet of processed foods, though.  No one.)  However, until that responsible future nutritionist (me!) is qualified, I’m enjoying trying out all kinds of different diets and ways of eating; partly so I can see what suits me and partly so I can understand the challenges that my future clients might face when moving onto specialist diets for one reason or another.

Its pretty easy for me to try these things out, as my lifestyle is pretty flexible and I don’t have children.  However, I do have a husband.  But he’s easy, you know.  He’ll pretty much eat whatever I’m eating…

…but with a steak thrown on top.

So, back to Paleo.  I already knew that I had an intolerance to modern hybridised wheat (while seeming to do just fine on heritage wheats like emmer, kamut and spelt), so I wondered if taking all grains out of the equation might make me feel even better.  (I’m slightly extremist at times.)

I was pretty dubious about taking my beloved pulses out of my diet, but in the interests of the experiment, I did.  I was okay about eliminating sugar and terrified about eliminating most dairy.  As I don’t eat meat, but do eat fish, I substituted organic or wild fish for the pasture-fed organic meats.  Otherwise, it was pretty much the same.  I actually emailed the founder of the Paleo movement, Dr Loren Cordain, to ask about this and received a pretty frank reply that a life without meat was an unhealthy one.  Uh huh….so that was a nice start.

But I was assured by all the fancy-looking blogs I had read and high energy Bulletproof Diet TED talks I’d seen, that once on a high fat, high protein, low carb diet, I would immediately drop a ton of weight and become the happiest, healthiest and most energetic I had ever been.

As it happened, I had low energy all the time because my brain wasn’t getting the glucose it needed for me to get on with my very busy life, my mouth eternally tasted of grease from all the coconut oil, fish oils, avocados and grassfed butter I was eating and no to put too fine a point on it, I may as well have piped polyfilla into my digestive tract.

Oh, and I gained about 8 pounds.

So Paleo wasn’t for me.   (I mean, have you TRIED Bulletproof coffee???)

But it wasn’t all bad.  It gave me an opportunity to try out lots of recipes using different wholefood ingredients which was fun and educational.  A few (Paleo pancakes) have even continued on as firm household favourites.  It made me reconsider a lot of the health food store processed foods I still somewhat relied on and it weaned me away from dairy, to which I was completely addicted.  It was really nice in mid-winter to come home from the shops with nearly nothing packaged in a box or bottle – just fresh fruits and vegetables, nuts, seeds, eggs (oh God, so many eggs) and organic fish and meats.  And that’s what I’ve kept from the experience.

So a few months down the line, my food intake is a much more satisfying and balanced high complex carb, low fat, low-med protein diet and it suits me so much better.  I can eat all the fruits and veg I want, along with some legumes (I really missed those in January) and a bit of brown rice or wholegrain pasta.

Oh and yeah, I kept the coconut oil.  Just, um, its not in my coffee this time… 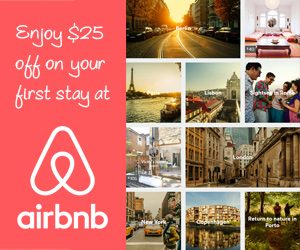